The Legend of Kempe Gowda The First

In this episode, we learn about Kempe Gowda the First, also known as Nadaprabhu Hiriya Kempe Gowda, who was a leader from the Sixteenth century and often credited to be the founder of Bengaluru (formerly known as Bangalore), the capital of Karnataka in India. He is a well known historical figure in the region, and the Airport and the bus stand are named after him. June 27th is celebrated as his birth anniversary. We thought of narrating this short profile of this leader. To learn more about Kempe Gowda the First (and the little bit about Kempe Gowda the Second and the Third), visit https://gaathastory.in/kempe-gowda.

Listen to the story of Kempe Gowda by clicking below

Did you like this story? If so, we would love to hear from you. You can write to us at contact at gaathastory dot com, or leave a review on your favourite podcast app or site.

Now, introducing the Baalgatha Channel on Telegram App! You can subscribe to the channel to receive updates when ever a new story is published.

Visit t.me/baalgatha to subscribe on your phone using the Telegram App. 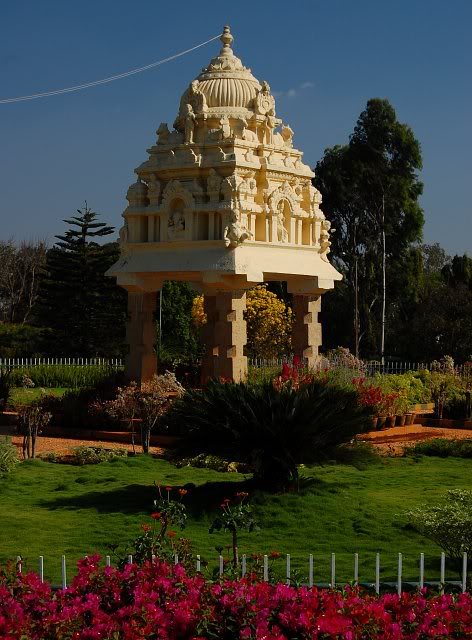 The Legend of Kempe Gowda The First

When you land at the airport in Bengaluru, the capital of the state of Karnataka, you see signs that mention you are at the Kempe Godwa International Airport. The main bus terminal in the city is also named after him. But Do you know who Kempe Gowda was? Listen to this story to learn about the person who is often said to be the founder of Bengaluru.

Hiriya Kempe Gowda or Kempe Gowda the first, was born in the year 1510 in the town of Magadi. He was the son of Kempananje Gowda. His family had ruled the nearby town of Yelhankanadu for more than 70 years. It is said that Kempe Gowda showed leadership skills right his childhood. He was educated at Gurukul at a village near Hesaraghatta, which is located north of Bengaluru.

It is said that Kempe Gowda got the vision of building a whole new city during a hunting expedition with his Minister Veeranna and Advisor Gidde Gowda. He envisioned the city to have a fort, a cantonment, tanks (water reservoirs), temples and people of all trades and professions to live in it.

He built a red fort with eight gates and a moat surrounding it. Inside the fort two were wide roads ran from North to South and East to West. He knew the importance of a well planned city, unlike the mess that the city has turned into.

The City of Bengaluru

The new city was laid out in subdivisions, known as pete, and demarcated zones for traders, merchants, as well residences for people belonging to different castes and professions. The Agraharas were for the priests and learned classes. That’s how the older parts of Bengaluru have names like Doddapete, Chikkapete, Aralepete (Cotton pet), and Upparapete. That’s a whole lot of pete’s, and the list doesn’t end here. Anyways, back to the story. The new city attracted skilled artisans and craftsmen from the neighboring areas, as well as from well as far off places, a tradition that continues with the skilled professionals even today.

He encouraged the construction of temples and lakes and planned residential layouts, or agraharams, around each temple. He built many of the well known temples in the city, including the Basavangudi temple and expanded the Someshwara temple. Benglauru is one of the few major cities in the world that is not situated near a river or a large, natural water body. Which meant that water supply was going to be a challenge in the new city that Kempe Gowda I was building. To solve this problem, he built several tanks including the Dharmabudhi tank and Sampangi tank. Many of the structures he built are in the older parts of the city.

The construction of the mud fort and several temples and lakes transformed Bengaluru to a centre of culture based on the Hindu religion. The Emperor of Vijayanagar was pleased with his activities, and rewarded him with near-by villages of Halasooru (Ulsoor), Begur, Varthur, Jigani, etc. Many of these villages today are a part of the main city of Bengaluru.

It is said that those who do good things often make enemies. This was true in Kempe Gowda’s cast too. The chief of a neighboring area complained to Emperor Sadashivaraya of Vijayanagar Empire that Kempe Gowda was minting coins without his approval. Now in those days, just like today, only the King or the royal treasury had the right to mint coins, or one had to do so by special permission. Naturally, the King was angry and he imprisoned Kempe Gowda for minting his own coins without his (that is, the Emperor’s). Kempe Gowda was imprisoned for five years at Penukonda in present day Andhra Pradesh. His territories were also confiscated.

However, Kempe Gowda was later released once the King was assured of his loyalty to the throne. After being released, he was awarded back his territories. Kempe Gowda died in 1569, at the age of 59 years. He died at the while returning from the town of Kunigal. Recently, his tomb was discovered, and an inscription on the tomb in Kannada language proclaims that Hiriya Kempegowda had died at that place.

There were two more Kempe Gowdas after his reign: Kempe Gowda the II and Kempe Gowda III. The second Kempe Gowda is credited with building four towers in four directions of the city, including the landmark south tower in Lalbaugh garden. His son Kempe Gowda the III had to move his capital to the nearby town of Magadi as a result of invasion under the leadership of Ranadulla Khan from the Sultan of Bijapur’s army.

Alternate Story about the origin of the name Bengaluru

This short story about Kempe Gowda was obtained from Wikipedia and other public domain sources. There are different versions about the origin of the name Bengaluru as well as who founded the city. By some other accounts, the 12th century Hoysala king Veera Ballala II, while on a hunting expedition, lost his way in the forest. Tired and hungry, he came across a poor old woman who served him boiled beans. The grateful king named the place  “benda-kaal-uru” (literally, it means “town of boiled beans”), which eventually evolved into “Bengalūru”.

Before we part, there is one more bit of trivia about today’s Legend: there is disagreement among historians and scholars about this date of birth. Some claim he was born in April, while others claim he was born in June. The stare Government decided 27th June as his date of birth. So, we decided to publish this episode to celebrate Kempegowda Jayanti or his anniversary.

How to Subscribe or Leave Reviews for Baalgatha Podcast

Did you like this short profile of Kempe Gowda the First? We would love to hear your feedback!

You can write to us at contact at gaathastory dot com , or leave a review on your favourite podcasting website or app.

Baalgatha Podcast is available on Apple Podcasts, Book My Show Jukebox, Saavn, and also on Google’s Podcast app. Visit Baalgatha dot com or the Subscribe Page on this site to find out how you can subscribe.

With thanks! Valuable information!

I loved reading about Kempegowda dynasty,their contribution towards development of the city and preservation of our culture.Thanks for uploading this information.

Many thanks for your kind words, Gowri!

Our most popular stories

We think you might be interested in listening to our most popular stories! You can click below to listen to not one, not two but three of the most listened to stories from Baalgatha English, Baalgatha Hindi and Myths, Legends and Fairytales of India .

Listen to the story Kaka And Munni by clicking below This is a delightful little tale in which a crow called Kaka wants to eat the three eggs laid by Munni the bird. Will Kaka Read more…